The Hughes County Commission on Monday approved switching the handling of the security technology at the county jail to a local business, a move which should save the county several thousands of dollars a year.

Hughes County Sheriff Mike Leidholt said the 4-years-old facility’s current system was put in by Sierra Electric Enterprises, based out of Denver, Colorado. Sierra was asking for an $18,720 annual maintenance contract with the county.

Sierra is usually called out three or four times a year for maintenance, but charges $100 per hour, including for the time spent driving both ways from Denver, Leidholt said.

Liedholt suggested that county approve switching to local IT firm CommTech which will install its own system for $14,592. That system will be compatible with the cameras and other equipment already installed by Sierra.

The switch to CommTech would also allow the jail to install six more cameras, use a higher capacity recorder system and allow remote access to the cameras by Leidholt and others. That $14,592 figure also includes support and maintenance, he said.

For awhile the two systems would work in tandem, but as parts of the original system develop issues or require maintenance, the thought is to replace them with parts from CommTech, Leidholt said.

The sheriff’s office has money in the budget to cover the cost, he said. 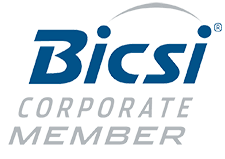